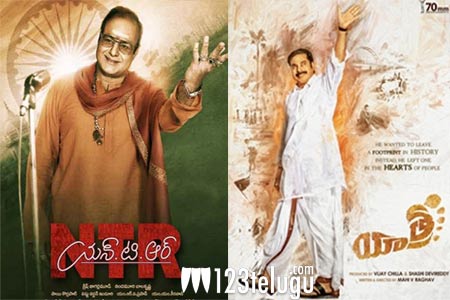 NTR biopic and Yatra are two biopics which the Telugu audience are eagerly looking forward to. NTR biopic is slated for a February 7th release and Yatra will come out a day later on the 8th.

Both the films have terrific buzz and there will surely be an ultimate clash at the box office as both NTR and YSR have a superb following.

The makers are leaving no stone unturned to make these films memorable for the fans and families of both NTR and YSR.

The pre-release business of the film is also being done on a good note and it will be interesting to see which biopic makes the mark at the box office.