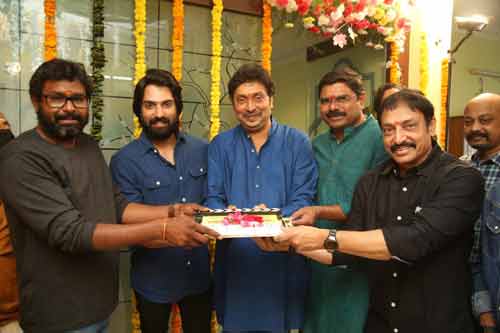 A unique comedy thriller, titled Chetak Seenu’, has been launched earlier today. The film has Choosi Choodangane hero Shiva Kandukuri as the main lead after Gamanam and Manu Charitra. The film’s inaugural ceremony took place in Hyderabad and the regular shoot will commence from February 18.

Chetak Seenu’s makers are planning to rope in a popular actress for the female lead’s part. Kathanam director Rajesh is helming the project. Ravi Charan and Prathima are jointly bankrolling the movie under the banner Ravi Film Corporation. Anup Rubens has composed the music.