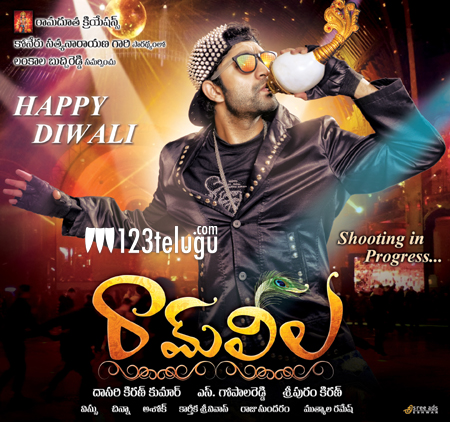 Young actor Havish, made a decent debut with Ravu Babu’s Nuvvila. After a brief gap, he is now back with a romantic entertainer Ram Leela which is set for a release on February 27th.

The trailers have caught on quite well and Havish has impressed with his all round skills. The unit is leaving no stone unturned and is promoting the film on a huge scale. A special contest has now been announced where the winners will be sent on a holiday to Bangkok.

‘Ramleela’ is the story of a Telugu man based in the United States, and Havish plays the central character. Nanditha plays the female lead and veteran cinematographer S Gopal Reddy wields the camera. Directed by debutante Kiran, this film is produced by Dasari Kiran Kumar.