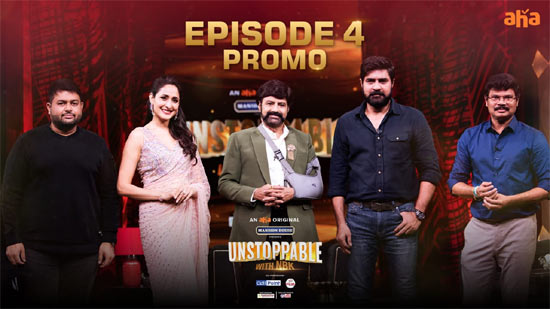 Balakrishna has become the flavor of the season with his hit film Akhanda and OTT show Unstoppable on AHA.

Balayya invited his Akhanda team on to his show and the promo is out. The manner in which Balayya is teasing Pragya Jaiswal and Boyapati looks a lot of fun.

Also, the manner in which Balayya speaks about various aspects of Akhanda is shown in the teaser. Srikanth and Thaman also took part in the show.

More than anything, Balayya talks about the famous Vennupotu episode of NTR and even gets emotional. All this is shown in the promo which has now gone viral.