Update about this crazy sequel to come out tomorrow
Published on Jan 8, 2023 8:00 pm IST 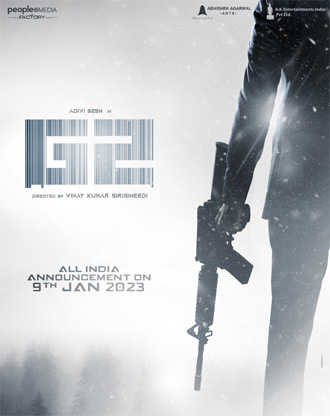 Young and promising actor Adivi Sesh, who recently scored a big hit with HIT 2, has recently announced the sequel to his hit film Goodachari which caught all the response. The movie will be made on a huge scale with high technical standards.

The actor now took to his social handles to announce an update about the film coming tomorrow at 4:05 PM. The makers are planning to release a small video from the movie as per the details. Vinay Kumar Sirigineedi, who worked as an editor for Major, is making his directorial debut with this movie.