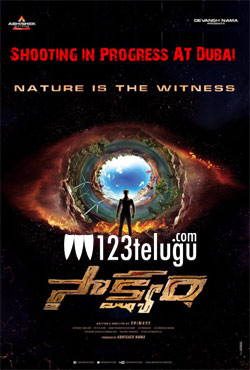 It is widely known that young hero Bellamkonda Sai Sreenivas is currently shooting for an action entertainer titled Saakshyam in Sriwass’ direction. Recently, the film’s team wrapped up a 15-day long adventurous schedule in Hospet near Bellary, Karnataka.

The latest update is that the film’s shoot is progressing in Dubai and the unit is planning to can hero’s introduction song and a few crucial scenes in this schedule. Happening beauty Pooja Hegde will be seen as the female lead in this film.

Abhishek Nama is bankrolling this mass entertainer with a lavish budget. Shaktikanth Karthik of Fidaa fame is composing music for this movie.