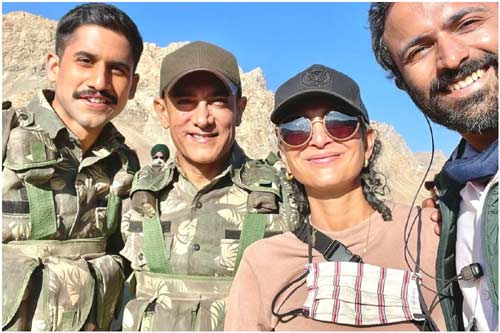 Tollywood star Naga Chaitanya is all set to make his Bollywood debut with superstar Aamir Khan’s Laal Singh Chaddha. This official remake of the Oscar-winning Hollywood movie, Forest Gump, is slated for release during Christmas this December.

A couple of weeks ago, Chay landed in Ladakh to commence shooting for his Army soldier’s role. Now, according to the latest updates, the movie’s unit has flown down to Srinagar for the next major schedule. The shooting will resume later this week, and the entire shoot will be wrapped up with this schedule.

Aamir himself is bankrolling Laal Singh Chaddha and Kareena Kapoor Khan is playing the female lead in this Advait Chandan directorial.