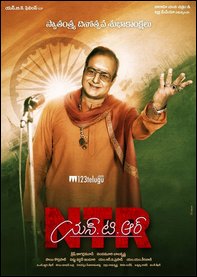 Now, the latest update is that the film’s next schedule will kick-start in Srikakulam from where Senior NTR had started his historic election campaign on the Chaitanya Ratham. Nandamuri Kalyan Ram will be joining the shoot in this schedule and he will be reprising his father late Harikrishna’s role in the film.

NTR’s son, Nandamuri Balakrishna, is portraying the titular role in NTR. Along with him, many noted artistes will be seen in prominent roles. Krish is the director. Balayya is co-producing NTR along with Sai Korrapati and Vishnu Induri. The film is slated for release during the next Sankranthi festive season.