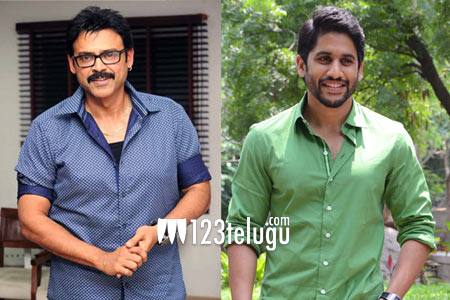 Earlier, we had reported that Victory Venkatesh and Naga Chaitanya’s multi-starrer will kick-start from August, but the shoot was postponed due to reasons not known. A few unofficial sources had hinted that the film will go on floors post-Dussehra festival.

Now, the latest news is that this film will kick-start its regular shoot from November second week. If sources are to be believed, the first schedule is planned on Naga Chaitanya, who will be seen in an out-and-out lover boy avatar.