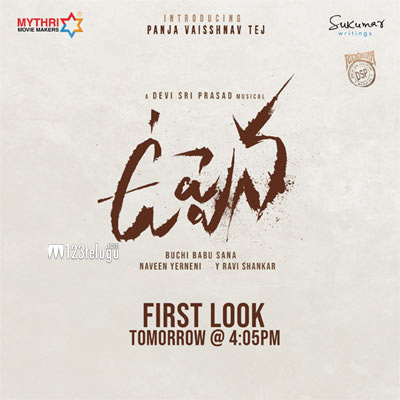 It is a known fact that Sai Tej’s brother, Vaishnav Tej is making his film debut with the film Uppena which is being directed by Buchi Babu Sana, a debutante.

The first look poster is being released tomorrow at 4:05 pm and there is a very good curiosity about this film. A new girl, Krithi Shetty is also making her debut with this film which has Vijay Sethupathi in an important role.