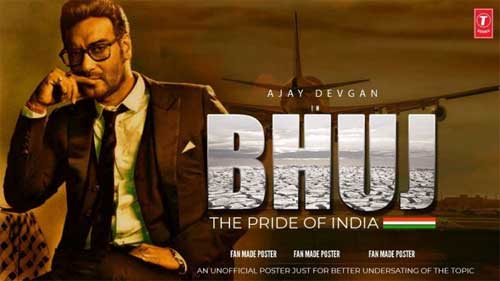 Fans of leading Bollywood star Ajay Devgn are deeply upset by the direct OTT release of his upcoming war drama, Bhuj: The Pride of India. Several Ajay fans took to Twitter and began trending the hashtag #BoycottBhujOnOTT since evening.

Recently, reports emerged that Bhuj: The Pride of India has been acquired by Disney Hotstar for a whopping amount. With the uncertainty surrounding the reopening of cinemas across the country, the originally planned August 14 release seems highly impossible.

Bhuj: The Pride of India Aakash features Sonakshi Sinha, Pranita Subhash, Sanjay Dutt and Ammy Virk in crucial roles. Abhishek Dudhaiya is the director of this war drama which is set in the backdrop of the 1971 Indo-Pak war.