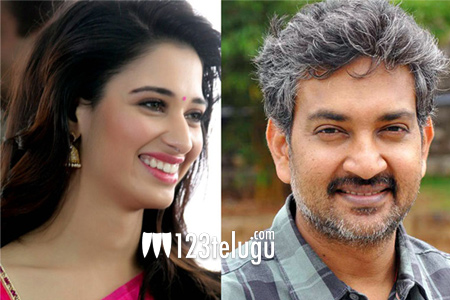 Over the past few days, there have been several rumors doing the rounds on social media that Tamannaah is upset with Rajamouli for not featuring her in Baahubali’s theatrical trailer and that her portions in the movie have also been shortened without her knowledge.

But Tamannaah, in her latest interview to a popular entertainment portal, trashed all the rumors and said that she has always been in awe of Rajamouli and that it will remain the same forever. Tamannaah further said that these baseless rumors will only make for a great write-up but are far from reality.

Tamannaah, who will be seen as the warrior princess Avantika in Baahubali, said she will also play a crucial role in the film’s climax.