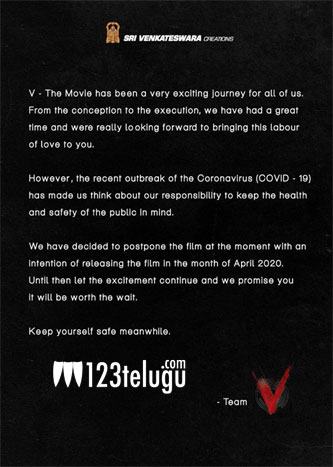 Yesterday, we had exclusively reported that Dil Raju and his camp are planning to postpone their film seeing the crazy Coronavirus scare.

The talk is that the other films lined up this month or April first week will also be postponed. V The Movie is directed by Indraganti Mohanakrishna.