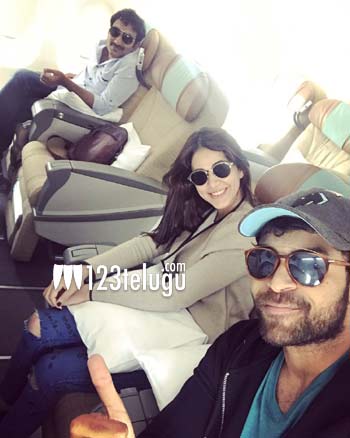 Now that the release date is nearing soon, the promotions of Varun Tej’s Mister are on in full swing. The entire shoot has been wrapped up except for a song which will be shot on Monday in Italy.

This romantic number will be filmed on Varun and Lavanya Tripathi who plays one of the female leads in the film. Sreenu Vaitla along with his team are super confident that this film will hit the bulls eye.

Touted to be a romantic drama, Mister has music by Mickey J Meyer. Hebah Patel plays the other female lead in this film.