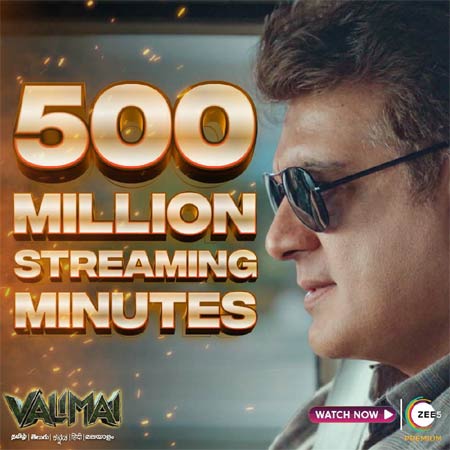 As per the latest statement from ZEE5, their latest OTT outing, Valimai has garnered over 500 million streaming minutes till now.

Valimai is one of ZEE5’s cornerstone outings in the South Indian market and going by the numbers reported by the platform, the film is going great guns in terms of viewership.

Valimai is an action drama featuring Ajith Kumar, Huma Qureshi, and Karthikeya in the lead roles. The film is directed by H Vinoth and is produced by Boney Kapoor.