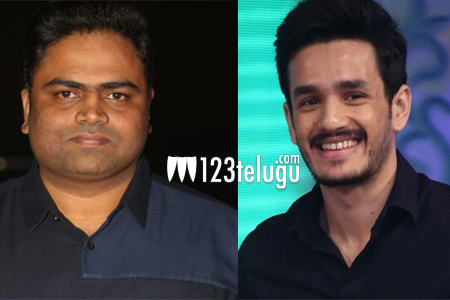 After scoring a grand success with ‘Oopiri’, director Vamshi Paidipally is now getting ready for his next film with Akhil Akkineni. The movie will reportedly have a fresh script and it will not be a remake of ‘Ye Jawani Hai Diwani’, as originally thought.

While Akhil and Nagarjuna were reportedly very keen on doing YJHD, Vamshi reportedly convinced them about the merits of going in with an all new script and is currently said to be working on this. The film is expected to start rolling in the second half of this year.

Akhil is going to have a totally new look and this movie will be considered a fresh launch for the young Akkineni Lad. His experiment with a mass movie for his debut film did not work out as expected and that is the reason why he is taking extra care for his second film.