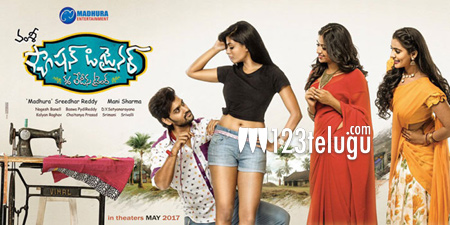 That audacious Godavari humor is back. The teaser of veteran director Vamsy’s upcoming romantic comedy entertainer, Fashion Designer S/O Ladies Tailor, was unveiled​ today and it impressed all the loyal fans of the senior director with its abundant humor and sarcasm.

Fashion Designer S/O Ladies Tailor is a sequel to Vamsy’s yesteryear cult classic, Ladies Tailor, starring Rajendra Prasad. Interestingly, while it was all about “Jama Jachcha” in the prequel, it’s “Manmadha Rekha” in the sequel.

The sequel stars young hero Sumanth Ashwin and Anisha Ambrose, Manasa and Manali Rathod. Manisharma is the film’s music composer and Madhura Sreedhar is the producer. The film is slated to release on June 2nd.