Varalaxmi Sarathkumar reveals why she fought with Naandhi makers
Published on Feb 16, 2021 12:00 am IST 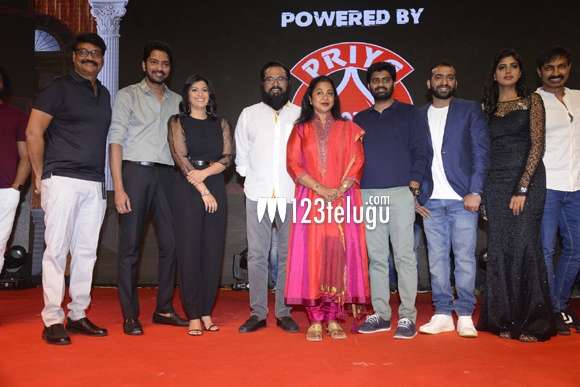 Kollywood actress Varalaxmi Sarathkumar impressed Telugu movie lovers with her striking performance in the Sankranthi blockbuster, Krack. She is all set to be seen in a crucial role of a lawyer in Allari Naresh’s upcoming film, Naandhi.

Speaking at Naandhi’s pre-release event tonight, Varalaxmi revealed that she fought with the film’s makers to let her dub for her role in Naandhi. “The trailer didn’t have my voice, but I fought with the team and convinced them to let me dub in the film,” she revealed.

Varalaxmi was confident that, after Krack, Telugu audiences will appreciate her performance in Naandhi. This Vijay Kanakamedala directorial is produced by Satish Vegesna. The film is releasing on February 19.