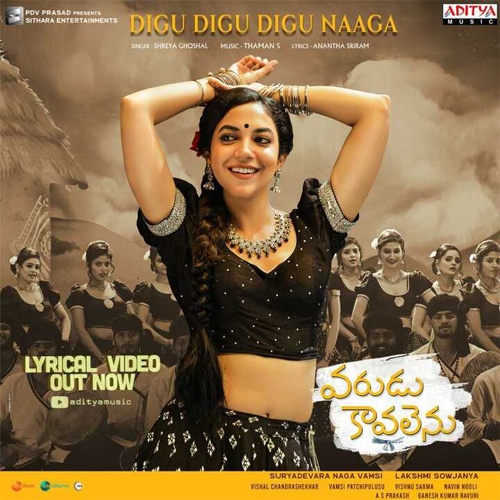 The recently released folk number ‘Digu Digu Digu Naaga’ from Naga Shaurya and Ritu Varma’s upcoming romantic entertainer, Varudu Kavalenu, has landed in a controversy. Members of the BJP Mahila Morcha have filed a complaint with the Chilukur Police against the film’s makers and popular lyricist Anantha Sriram for the derogatory portrayal of the popular devotional song.

The complainants objected to the way the “item song” demeans Naga Devatha and heroine Ritu Varma’s glamorous appearance in an otherwise devotional song. The complainants also demanded the makers to immediately remove the song from social media, as it hurts the sentiments of Hindus. Meanwhile, Varudu Kavalenu’s team is yet to respond on the controversy.