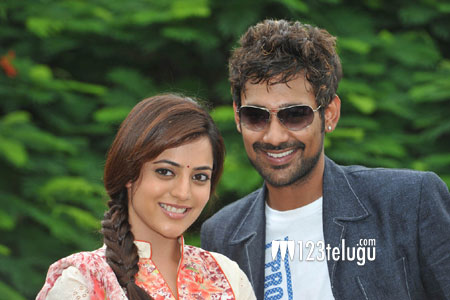 Varun Sandesh and Nisha Aggarwal will soon be seen in a film which is being directed by Bhanushankar. Patthikonda Kumaraswamy is producing this film. Talking about the film’s progress, Kumaraswamy said, “We have been shooting non-stop in and around Hyderabad. So far, 90% of the film has been completed. We recently shot a song, which was sung by Baba Sehgal, on Varun and Nisha in Ramoji Film City and Brinda Master had choreographed the song. It’s going to be one of the major highlights of the film. We are planning to announce the film’s title next week and the entire film’s shooting and post production will be wrapped up in December.” The film is being planned for release in January. Ravi Varma is scoring the music.