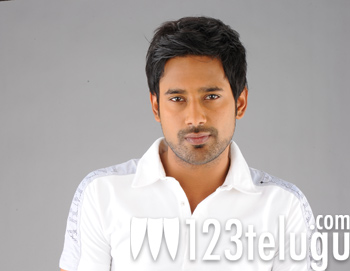 Varun Sandesh and Vaibhav Reddy will soon be seen in a film titled Udhayam. Naveen Gandhi is going to direct the film and it’s going to be produced by Friday Entertainments banner. The film was recently launched in Hyderabad and Neelakanta, A Kodanda Ramireddy and Chandra Siddhartha were some of the guests who were present at the opening ceremony. Neelakanta switched on the camera, Kodanda Ramireddy clapped the soundboard and Chandra Siddhartha directed the first shot.

Talking about the film, Naveen Gandhi said, “I have worked under S S Rajamouli, K Raghavendra Rao and Rajeev Menon as an assistant director. I am glad that I am making my directorial debut with a good subject and this film is a triangular love story. The film set in an university and both Varun Sandesh and Vaibhav will be seen as college students. We’ll begin the shooting in this month itself.” Umerji Anuradha and Gautham Kashyap are writing the dialogues. B L Sanjay is the cinematographer.