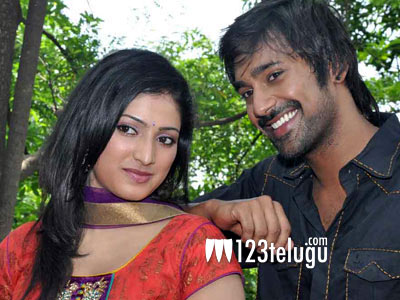 Varun Sandesh’s new film Ee Varsham Sakshiga was launched earlier today in Annapurna Studios. Haripriya is teaming up with Varun Sandesh for the second time and Ramana Mogili is going to direct the film. Obul Subba Reddy and Sreenivas Chavakula are jointly producing the film.

Speaking about the film, Varun Sandesh said, “I like the film’s title a lot. I believe there’s a connection between rains and my life. When I was born in Orissa, I was told that it rained a lot and even today, it rains on my birthday. It has been my lucky charm. The film will be a good romantic entertainer.” T

he producers of this film had earlier made couple of films in Bhojpuri. The film’s first schedule will go on till March 21 and the second schedule will begin from April 12 onwards. “The film is based on the concept that two enemies can’t live together and at the same time, two lovers can’t live happily after a break up,” Ramaswamy, the dialogue writer, said.