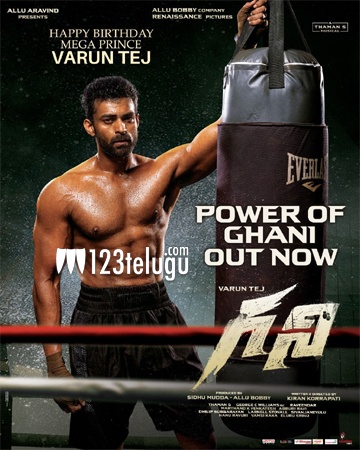 Varun Tej is doing a film called Ghani where he plays a boxer in the film. As it is his birthday today, the makers revealed a small teaser to make his fans happy.

Varun is shown as this boxer and means business. His body, expressions, and screen presence is quite good in the teaser. The emotions in his role are also showcased well with the BGM.

Kiran Korrapati directs this film which has Saiee Manjrekar as the heroine. Allu Bobby produces the film and Tamannah did a special song in the film. Thaman scores the music.