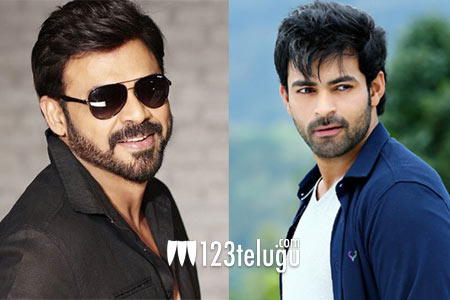 We had already reported that star director Anil Ravipudi is looking for a second hero to play a key role in his multi-starrer which will have Venkatesh as one of the leads.

Names of many young heroes were being heard but the latest we hear is that Varun Tej has been roped in to play the other hero’s role. The scripting has been done and the film will begin in early 2018. An official confirmation will soon be made.

The producer of this film and the other star cast will be revealed soon.