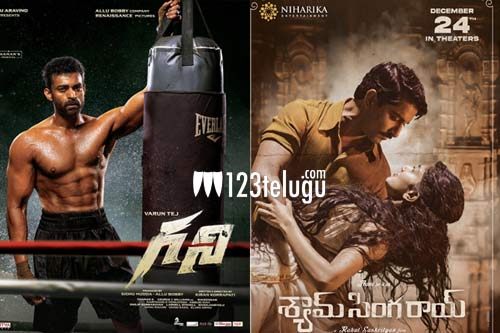 The makers of Varun Tej’s much-awaited boxing drama, Ghani, have just released the film’s power-packed teaser. While Varun delivers a knock out punch as a boxer, Ram Charan’s voice-over is yet another major highlight of the teaser. Ghani’s team has also announced that the film will be hitting the silver screens on December 24.

Incidentally, Nani’s highly-anticipated period action drama, Shyam Singha Roy, is also gearing up for its big, grand release on December 24. Nani and Varun Tej fans and even trade circles will be keenly observing the intense box-office clash between Shyam Singha Roy and Ghani during the Christmas weekend.