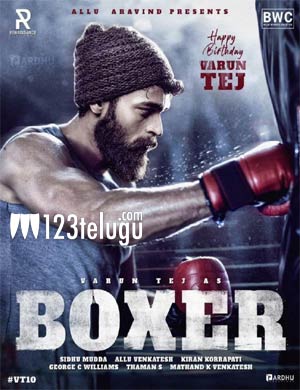 Hero Varun Tej’s upcoming sports drama, Boxer, had wrapped up a crucial schedule in Vizag in March. The shooting has been stalled due to the lockdown ever since. As the title suggests, Varun plays the role of a boxer, and he underwent special training in boxing for his role.

Now, the latest update reveals that Boxer’s next schedule will kick-start from November 2. Varun has been working on his physique ahead of the upcoming schedule. He will soon be joined by Kannada star Upendra, who plays a crucial role in the film.

Bollywood starlet Saiee Manjrekar has been roped in as the film’s leading lady. Directed by debutant Kiran Korrapati, Boxer is being produced jointly by Siddhu Mudda and Allu Venkatesh.