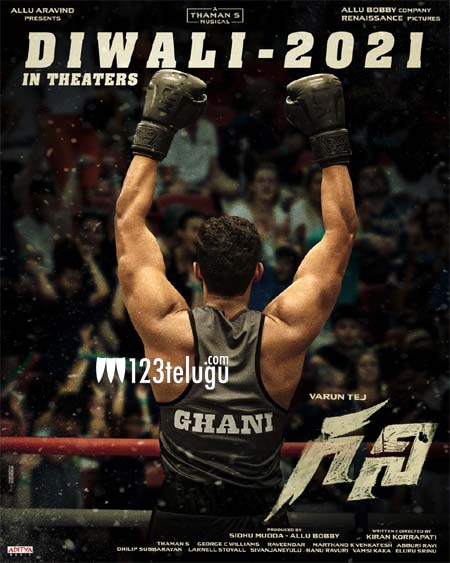 It’s official now. The team of Varun Tej’s forthcoming boxing drama ‘Ghani’ announced this evening that the film will be released during the upcoming Diwali festive weekend in November. A splendid Rambo-like poster on which Varun Tej was looking every bit a champion boxer with a beefy physique, has been released to announce the same.

Even though Ghani’s exact release date has not been revealed until now, it’s almost certain that the film will be released on November 4th. This would mean that Ghani will be in a direct clash with Kollywood Thalaivar Rajinikanth’s Annaatthe and Thala Ajith’s Valimai, which are confirmed for Diwali release.