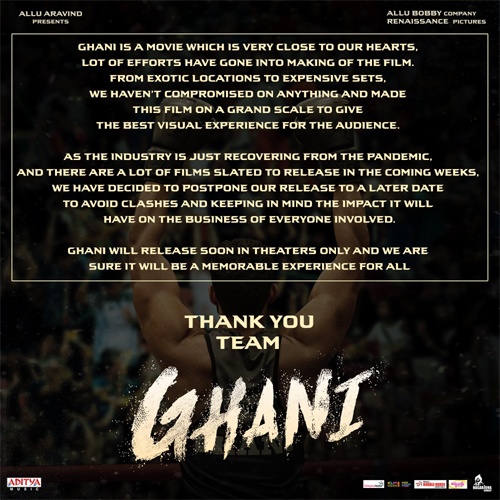 Actor Varun Tej’s upcoming movie, Ghani has been postponed yet again. The makers have released a press note confirming the same.

The note says that the industry is just recovering from the Corona pandemic and to avoid clashes with many films slated to release in the next two weeks, they have postponed the sports drama.

The film will be released only in theaters and a new date will be announced soon. Directed by Kiran Korrapati, Ghani is star-studded with actors like Upendra, Suniel Shetty, Jagapathi Babu, and Saiee M Manjrekar.