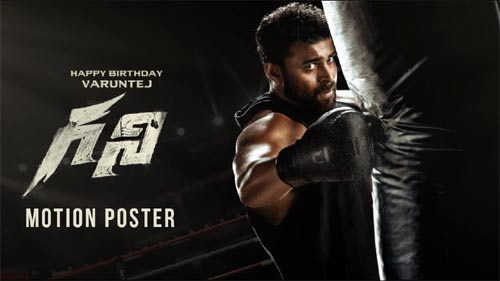 The motion poster of Varun Tej’s boxing drama, Ghani, literally packed a punch upon its release on the occasion of Varun’s birthday a couple of days ago. The film is being directed by debutant Kiran Korrapati. In a latest interview, Kiran has revealed that Ghani will highlight a serious issue in the sporting world.

Kiran said that not all sportspersons, including those who win Olympic medals, get their due. Needless to say, the condition is even worse in India. Kiran said that his film will highlight this neglect faced by the champions. Kiran went on to say that it has been a long-cherished dream of Varun Tej to act in a sports drama.