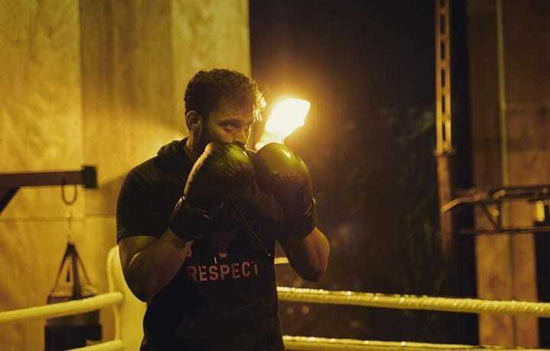 Hero Varun Tej will be seen as a boxer in his upcoming sports drama, Ghani. This emotional drama is nearing completion and Varun continues to work hard for the ongoing climax shoot. This evening, the actor took to Twitter and tweeted a video of him working out in his gym.

In the video, Varun is shot from his back as he effortlessly does a few pull-ups. His chiseled body and the beefy back muscles are proof enough for the kind of hard work Varun has been putting in since the last one year. “No back-ups for hard work,” Varun rightly tweeted, while sharing the video. Needless to say, this video is just what’s needed on a gloomy Monday evening.