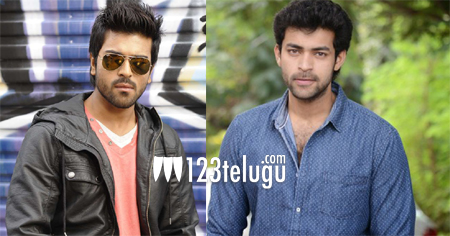 Mega hero Varun Tej’s upcoming film Kanche is gearing up to hit the screens on the 2nd of October. The post production formalities are going on in full swing and according to the latest update, the audio will be launched on 17th September in Hyderabad and Mega Power Star Ram Charan will be the special chief guest.

Directed by Krish, the film has Pragya Jaiswal as the heroine. First Frame Entertainment banner is the production unit behind this project and Chirantan Bhatt is the music composer for the film.