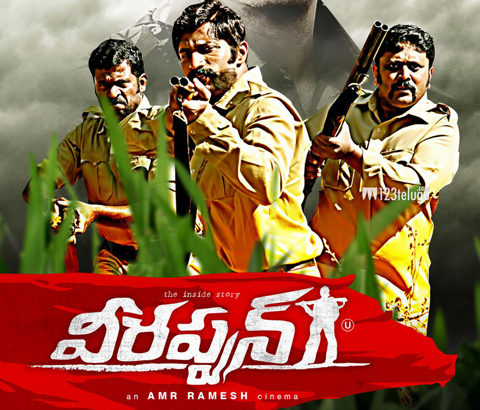 ‘Veerappan’, which is supposed to be a biopic of the notorious sandalwood smuggler, is getting ready to hit the screens in Andhra Pradesh on September 20th. AMR Ramesh has directed this film. Action King Arjun will be seen as DGP Vijayakumar. Kishore will be seen as Veerappan and Lakshmi Rai is essaying the role of a journalist.

The movie’s Telugu rights have been picked up by Sri J.V.Creations banner. Post production activities are complete and the film is ready for release.

Sandeep Chowtha has composed the music for this project and Vijay Milton is the cinematographer. The movie has been shot extensively in the forests located in the border areas of Tamil Nadu and Karnataka.