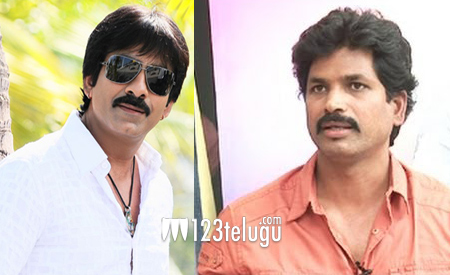 Ravi Teja is one of the busiest stars in Tollywood till last year. Three or four films were releasing per year. Due to the continuous failures at the box-office, Ravi has now slowed down a bit and has become quite choosy about his films.

After the super success of ‘Balupu’, Ravi Teja has not yet started the shoot of any of his new films. He has agreed to do a film in the direction of Bobby which will go on floors very soon. As per the reports, Ravi Teja has accepted one more film in the direction of Veeru Potla. Director Veeru Potla is riding high on the success of his latest movie ‘Doosukeltha’ which is going strong in several areas and he is said to have prepared a story to suit Ravi Teja’s body language.

A big producer is expected to produce this film. More details on the movie will be revealed soon.