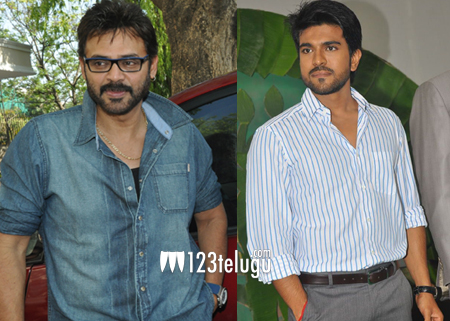 Victory Venkatesh and Ram Charan will be teaming up for a multi-starrer very soon. This news has been circulating for quite some time now. As per the latest info available, shooting will start from mid November. Apparently, there is scope for another big actor in the film and that name is a matter of suspense for now.

While the names of two well known actresses are doing the rounds, no heroine has officially been confirmed for this movie so far. The film is going to be directed by Krishna Vamsi and Bandla Ganesh will be producing the project. An official announcement about this project is expected soon.

This multi-starrer is expected to be a family entertainer with good emotional content. We will bring you more updates about this project very soon folks.