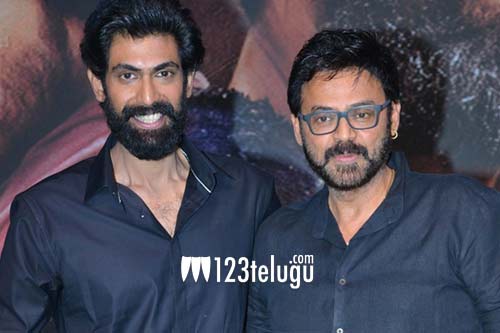 If reports are to go by, Daggubati duo, Venkatesh and Rana have signed a web series that will be bankrolled by OTT giant, Netflix. The web series will be helmed by a budding Tamil filmmaker.

The series will be simultaneously shot in Tamil and Telugu. While Venkatesh plays the lead role, Rana will be making a brief yet impactful cameo appearance.

The filming will commence very soon and this as-yet-untitled series will feature many noted actors in South Indian cinema.

Meanwhile, Venkatesh is awaiting the release of Narappa, which is premiering on Amazon Prime Video on 20th of this month. He actively promoting the film.