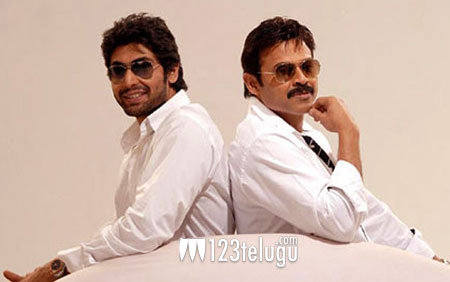 Multi-starrers have become the in thing in Tollywood. Continuing with the trend, latest reports reveal that Victory Venkatesh and Rana Daggubatti will soon be seen in a big budget multi-starrer.

Talks are currently on, and the script work is in progress. Venkatesh’s home banner, Suresh Production will be producing this flick. Though the genre of the film is yet to be known, reports reveal that the film will be an out and out comedy entertainer. An official confirmation is yet to be received in this regard.