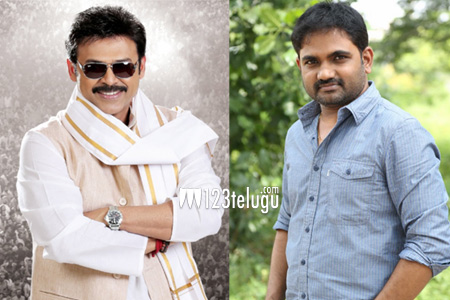 Ever since his last film Gopala Gopala released during the Sankranthi season early this year, Venkatesh has been on a long break and has not yet announced any film officially. However, reports are doing the rounds saying that Venky’s next will be in the direction of Maruthi and Kranthi Madhav.

As per the latest, buzz, the Venkatesh-Maruthi film will be launched first and Nayanthara has been roped in to play the female lead’s role. In the past, Venky and Nayan have two huge hits in the form of Lakshmi and Thulasi. The film is expected to commence its regular shooting in December.

Keep watching this space for more official updates regarding this project.