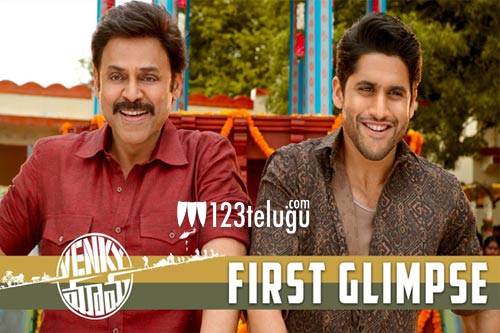 Venky Mama is a film that many are eagerly waiting for as it has the magical combination of Chay Akkineni and Venkatesh.

The first glimpse has been released today and the makers have etched out a fun-filled teaser for the audience.

Venkatesh and Chay look deadly on-screen and their chemistry is also appealing and fun-filled with lots of comedy punches.

The heroines of the film were not seen in the glimpse which has only established the Mama and Alludu pair as of now.

By the looks of it, the first glimpse is really impressive and has set the ball rolling for the film which is directed by Bobby.