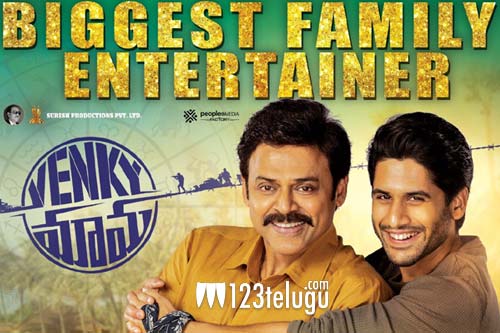 Released on Friday amid a positive pre-release buzz and immense expectations from fans and trade circles, Venky Mama has had a fabulous two-day run at the box-offices worldwide. The film is doing exceptionally well at Australia box-office in particular.

Until the latest updates, Venky Mama had collected a total gross of A$ 67,128 in 2 days. This is a solid show and with the Sunday numbers, the film will comfortably cross the A$100K mark within 3 days. Trade circles are predicting that the film will end up as a huge money-spinner in the coming days.

From Karnataka, Rest of India and all the overseas destinations, Venky Mama has collected a share of Rs 3.40 crores. This Venkatesh and Naga Chaitanya multi-starrer has Raashi Khanna and Payal Rajput as the female leads. Suresh Babu and TG Vishwaprasad have produced the film, which has been directed by Bobby.