Venky-Salman rock with their dance at Ashritha’s wedding
Published on Mar 24, 2019 8:10 pm IST 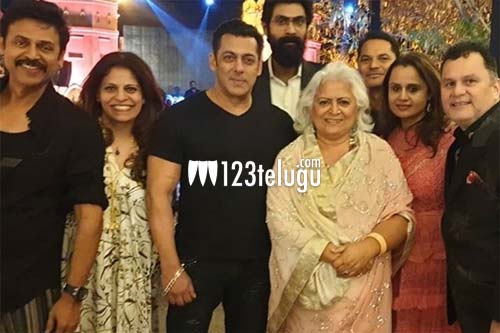 Bollywood superstar Salman Khan was one of the guests who made his presence felt at the wedding. Together with Venky, Salman danced to several hit numbers. A video in which both Venky and Salman were seen shaking a leg to Salman’s hit number Jumme Ki Raat from Kick has been going viral on social media.