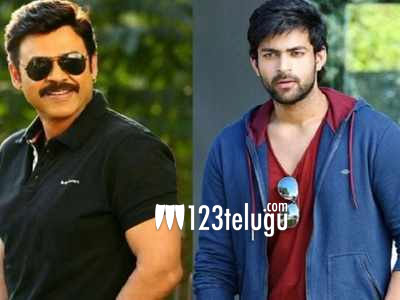 Fun N Frustration (F2), Victory Venkatesh and Varun Tej’s most eagerly awaited multi-starrer, has finally begun its shooting formalities today. The first schedule will last until July 21st. Venky and Varun Tej will be taking part in this schedule.

F2 is a hilarious entertainer. The film’s story mainly revolves around two couples in love. The makers have already confirmed that F2 will be hitting the screens for Sankranthi early next year.

Tamannaah is paired opposite Venky. On the other hand, Varun Tej romances Mehreen Pirzada in the film. Anil Ravipudi is directing F2 and Dil Raju is producing it. Devi Sri Prasad is scoring the music.