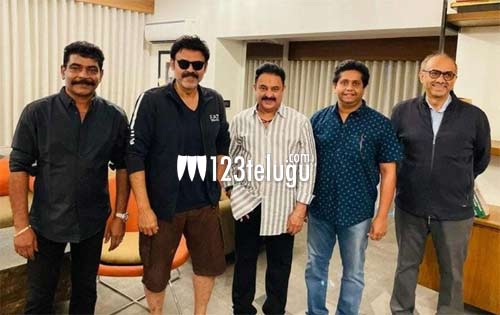 It’s been recently reported that hero Venkatesh’s Drushyam 2, the official Telugu remake of the acclaimed Malayalam thriller Drishyam 2, has wrapped up a major portion of its shoot already. The entire production formalities will be completed by April end and the film will be ready to hit screens in a couple of months.

Now, if the latest buzz is anything to go by, Drushyam 2 makers are planning to release their film on June 20, on the occasion of International Father’s Day. The Drushyam franchise is all about a middle-class father who goes to any length to protect his family. Needless to say, this release date will be a beautiful tribute to the film’s theme.

Jeethu Joseph, the director of the Malayalam original, is helming the Telugu remake as well. Meena, Krithika, Esther Anil and Nadiya will be seen in crucial roles. The film is being produced by Suresh Babu and Anthony Perumbavoor.