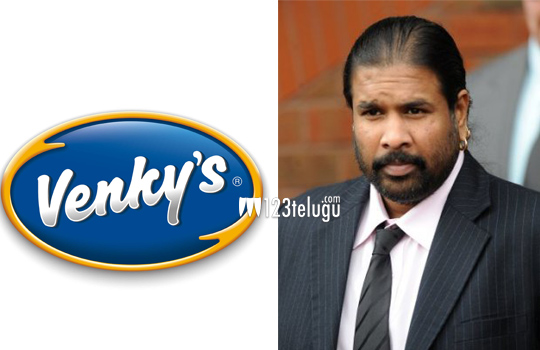 Tollywood movie market has increased substantially in the past few years and that is attracting more and more Multi National companies to tie up with local production houses and produce movies. UTV, Eros and Reliance have been doing the same. Venky’s group is now following suite and getting ready to produce big ticket Tollywood movies.

V H private ltd was established in 1971 and Venky’s is part of the same company. Right now Venkys stands top in the poultry business in India. Balaji Rao was the man who led to the massive growth of the company in a short span of time and is the Managing Director of the firm. In 2010 they have also set up Venky’s London ltd and have purchased a foot ball club named “Blackburn Rovers”.

Now Venky’s are in talks with few production houses in Tollywood in a bid to tie up with them and produce big budget movies with top stars of the industry. However there is no information on the production houses which are collaborating with Venky’s. More details will be out soon.