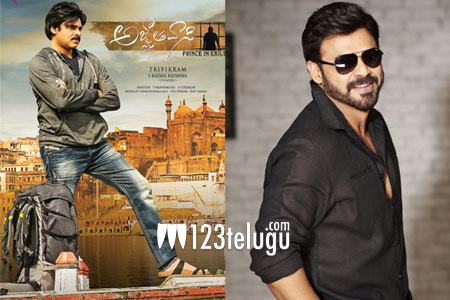 Not only the fans of Power Star Pawan Kalyan but Agnyaathavaasi was eagerly awaited by Victory Venkatesh’s fans too. And the reason is that Venky had played a special cameo in the movie. Both the stars had earlier shared screen space in Gopala Gopala.

However, Venky’s fans are disappointed after watching Agnyaathavaasi this morning. Venky’s scene, which was said to have been shot at a cafe as part of a fight sequence, has been chopped off in the final edit and Venky was only given a ‘Thank You’ credit in the beginning titles.

There is a strong buzz that Venky’s scenes will be added from Sankranthi, but there’s no official announcement in this regard. Stay tuned to 123telugu for more updates.