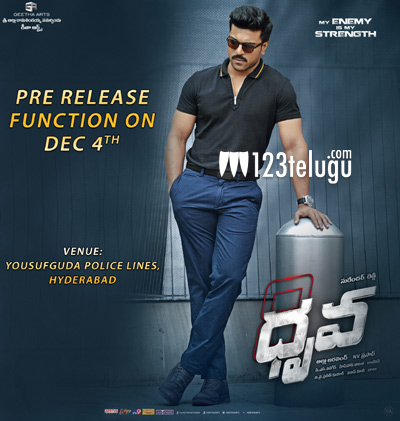 It is already reported that makers of Dhruva have decided to hold a pre-release event of this movie on December 4th. The latest update is that this event will be held at Yousufguda police lines in Hyderabad.

This mega event will be held on a grand note and many celebrities from the industry are expected to attend this function. Directed by Surender Reddy, this film has Rakul Preet as the female lead.

Allu Arvind produces this mega movie which is scheduled for a worldwide release on December 9th.