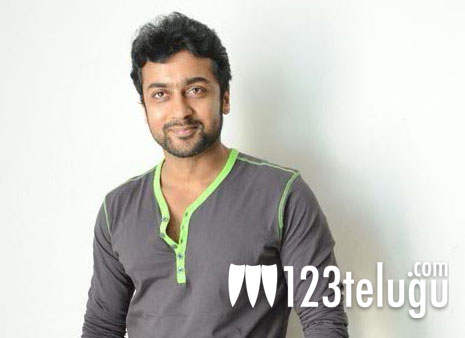 Tamil Superstar Surya has every reason to be proud and happy. His latest offering, 7th Sense, is raking in a tremendous amount of money in both Tamil and Telugu.Producer Bellamkonda Suresh (who bagged the Telugu rights) announced that 7th Sense is poised to collect a share of Rs 12 Crores in AP for the first week itself.

Surya said that he is extremely happy and pleased with the performance of 7th Sense at the Box Office. He was all praise for director Murugadoss and said that Murugadoss is a man who does not attemp mindless commercial cinema. “There are many superheroes in Indian History. Bodhidharma is one of them. 7th Sense has a nice mix of history, science and commercial elements. I am very happy with the performance at the Box Office and 7th Sense is among my all time favourite films”, said Surya.

Andhra Pradesh is turning into a very important market for leading Tamil Heroes. Only time will tell whether our own heroes will be able to tap into the Tamil market with such success.