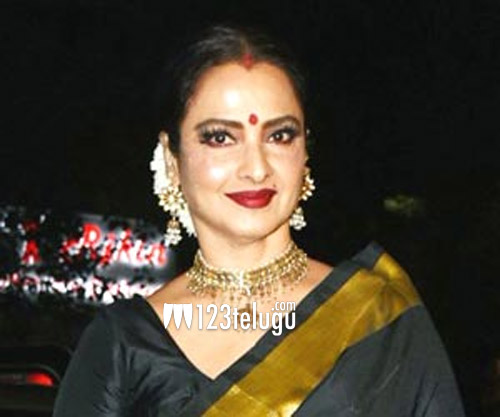 The latest edition of ANR National Awards was held last night at Annapurna Studios in Hyderabad. While Sridevi was honored with the award for the year 2018, veteran Bollywood diva Rekha was chosen for the honor for 2019.

In her speech after receiving the award, Rekha said that she had acted in two Telugu films so far, Intiguttu and Rangularatnam. While Rekha acted in Intiguttu when she was just 1-year-old, she acted in Rangularatnam to fulfill her mother’s last wish. “Very soon I will learn Telugu like Sridevi and act in a Telugu film,” Rekha said. Interestingly, Rekha gave her speech in Telugu.