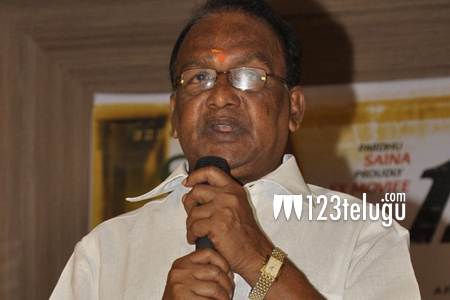 Veteran director Sagar made several well known films Krishna’s Amma Donga and Sagara Sanchalanam etc. The director even gave two star directors to Telugu film industry in VV Vinayak and Sreenu Vaitla. Sagar has been away from the arc lights since a long time and recently, he was back in news with his directorial comeback launching comedian Sapthagiri as a hero.

Even before his directorial venture hit the screens, Sagar is making his comeback to Tollywood as a producer with a thriller titled Charuseela. The film has Rajeev Kanakala, Jaswanth and Rashmi Gautam in lead roles. With Charuseela, Sagar is introducing cinematographer Srinivasa Reddy as a director. Siddi Reddy is co-producing the film.