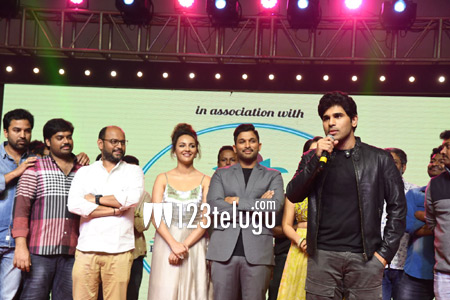 Allu Sirish is all praise for director Vi Anand and he went to the extent of calling him a visionary director. The duo worked together for Okka Kshanam, which is gearing up for release on December 28. The film also stars Surbhi, Srinivas Avasarala and Seerat Kapoor.

Speaking at the pre-release function of the film, Allu Sirish said, “Vi Anand narrated me the story before Ekkadiki Pothaavu Chinnavada released. I haven’t heard a script like this in recent times. Although the film is based on the concept of parallel life, it has been made in a commercial way and everyone will enjoy it. I can assure you that you’re going to hear a lot more about Vi Anand in future. He’s a visionary director. I want to work with him again in future.”

Mani Sharma has scored the music for the film and Shyam K Naidu is the cinematography of the film. Chakri Chigurapati produced the film.