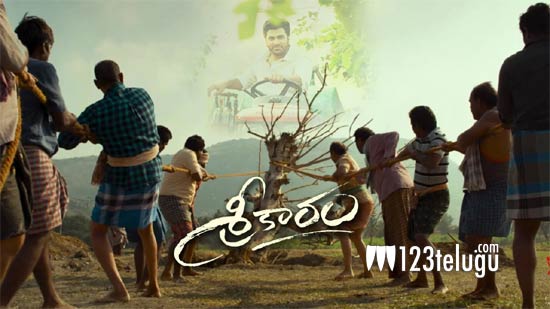 Sharwanand and Priyanka Arul Mohan’s emotional rural drama, Sreekaram, released a couple of weeks ago and received a unanimous positive response from critics and audiences alike. The film has now been applauded by the Vice President of India M Venkaiah Naidu.

The Vice President watched the movie in a special screening and posted a couple of tweets earlier today. “Sreekaram inspires the youths to return to their villages and strive to bring back the lost glory to agriculture. The film sends out a strong message that there’s nothing that a family or a village cannot achieve is they stand united,” Venkaiah tweeted.

The senior leader further added that Sreekaram inspires the farmers community towards their development by educating them on imparting advanced technology to villages and agriculture.

Directed by debutant Kishor, Sreekaram has been produced by Ram and Gopi Achanta under 14 Reels Plus banner. Mickey J Meyer is the film’s music composer.